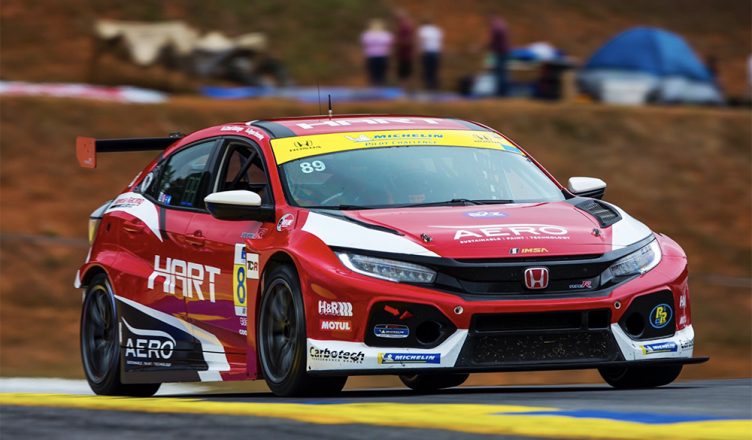 HART, the Honda of America Racing Team, has confirmed that it will take part in next weekend’s IMSA Michelin Pilot Challenge season-opener at Daytona International Speedway with a revised lineup for its Honda Civic Type-R TCR car.

Having contested the majority of the 2019 season with Chad Gilsinger and Ryan Eversley, the Ohio-based team, made up of volunteer crew from Honda of America’s factory, is expected to contest a reduced program this year for budget reasons.

The team was absent from the Roar Before the Rolex 24 pre-season test, which was optional for Pilot Challenge competitors.

Longtime HART driver Eversley, who has remained a Honda Performance Development-contracted driver, has moved over to one of LA Honda World’s TCR entries for the season, meanwhile.