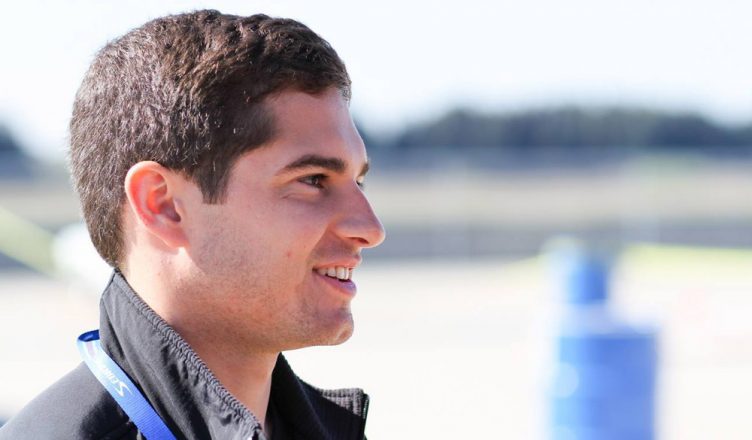 Throughout the year, Continental Tire will focus on celebrating the fans, media, drivers, and teams and their contributions to sports car racing, including a weekly trip down memory lane in Sportscar365’s Continental Tire IMSA Reflections series.

This week, Cameron Lawrence reflects on his 2015 Rolex 24 at Daytona class triumph in the Dodge Viper GT3-R.

What was your level of expectation going into the 2015 Rolex 24 at Daytona?

“I had no expectations going in to the 2015 Rolex 24 at Daytona. I didn’t really know what to expect. It was my first IMSA WeatherTech race and I only had a few Continental Tire races under my belt from the two years prior, and it was my first 24-hour endurance race, too.

“I had been watching and attending the race for years, and to play a part in such an epic event was incredible. I was soaking in every minute of the experience.

“Being a part of such an amazing program with Riley Technologies and Dodge, combined with the support from TI Automotive, I knew we had some of the best equipment and drivers, but I had no idea what level we were really going to compete at.”

What do you remember about your stints in the race?

“The thing I remember most about my stints in the race is just wanting to make no mistakes and do the job that I was hired to do.

“I didn’t want to be “that guy” that cost us time on track or on pit lane because it could have potentially cost us the race.

“Fortunately, I had co-drivers like Dominik Farnbacher and Kuno Wittmer that kept me calm and focused throughout the entire weekend.

“Both Dom and Kuno, and even Marc Goosens on our sister car, brought immense experience from previous Rolex 24s and WeatherTech seasons.”

Were there any close calls?

“I had one really close call in my very first stint. On my first out lap of my first Rolex 24 at Daytona I had a tire go flat.

“I reached out to the team over the radio and asked if they had noticed anything on the telemetry – and they confirmed my worries.

“Luckily for me, we were able to catch it quick and I was able to bring the car in slowly without the tire coming apart and without losing a lap to our competition.”

Can you describe what driving the Dodge Viper GT3-R was like?

“Driving the Dodge Viper GTS-R was epic – there’s only one word to describe it. The Viper was, and always will be, such a unique car with an amazing history and record.

“Having that massive V-10 in front of you with the unique sounds and vibrations is something I’ll never forget. The car was so predictable and gave you so much confidence – it was really an honor to be one of the few to be involved in the program.

“My favorite part, and one that l will never forget, was launching the car on the rev limiter from pit lane. It felt like you were in the middle of an earthquake!”

What did you and the team do to celebrate the win?

“We had such a successful season that I think we celebrated all year long! We had an amazing team dinner with our sponsors, TI Automotive and Viper Exchange, and I remember wearing my Rolex for the first time that night.

“I was worried the entire evening because it was a little big on my wrist I didn’t want it to fall off.

“The team, sponsors and co-drivers all felt like family after accomplishing such a big feat and winning one of the most prestigious races in the world.