Early Career
Cameron’s career started at the age of seven when he began racing Quarter Midgets in the central Florida area. He worked his way up through three different classes while learning car control and fundamental driving skills. During those years he won numerous races, while simultaneously competing in two classes. At the age of 12, he won the State Championship in the most competitive class in which he competed, Senior Honda. The local track where Cameron competed was closed the following year (after 50 years in the Orlando area!), and he switched his focus to baseball. It wasn’t until after he graduated from high school that he took up racing again.

Club Racing Career
In 2010, Cameron obtained his Sports Car Club of America license and began competing in SCCA races in the ITS class with an Oldsmobile Achieva before moving up to the GTA class, which is managed by V8StockCar. After competing in a full-season of the V8 Stock Car Road Racing Series in 2011, Cameron finished second in Championship points and earned the Rookie of the Year award. In his second season in V8 Stock Car Road Racing Series in 2012, Cameron won the GTA Championship with seven wins in only 10 race starts. 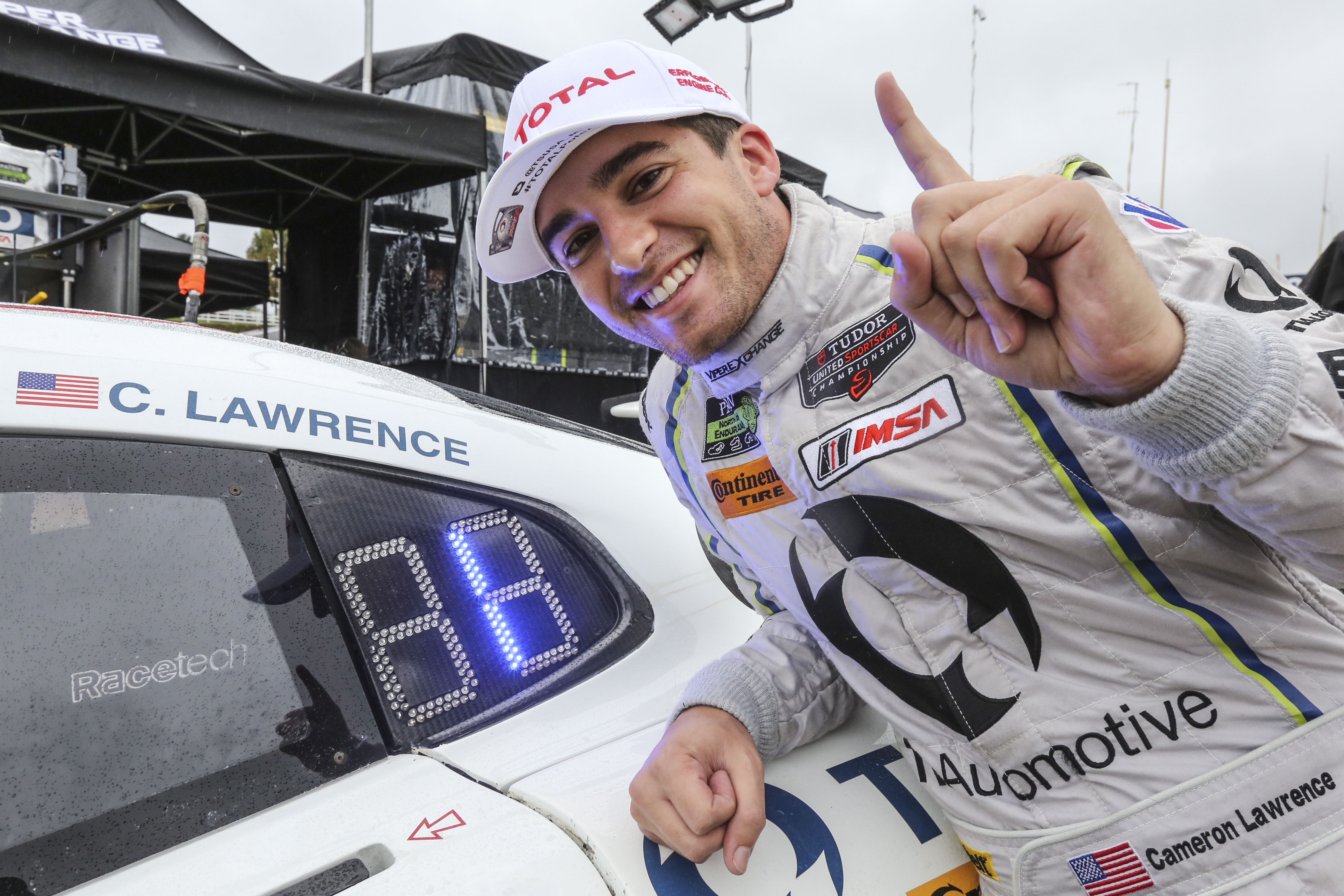 Following a successful breakout season in the WeatherTech SportsCar Championship, Cameron spent the following two years competing in select Continental Tire SportsCar Challenge races in the ST class with Honda of America Racing Team (HART) and returned to IMSA WeatherTech SportsCar Championship for Petit Le Mans in 2016 where he competed with Turner Motorsports in the #97 BMW M6 GT3 and finished third with teammates Michael Marsal and Markus Palttala. In addition, Cameron joined Class Auto Motorsports in the Trans Am Series presented by Pirelli Tire, where he took fourth in the 2017 Trans Am Championship in the TA2 class.

In 2018, Cameron competed in the Rolex 24 Hours of Daytona with Turner Motorsports and the Creventic 24 Hours of Dubai and LiquiMoly Bathurst 12 Hour with RHC Lawrence-Strom. In 2019, Cameron competed in the one-make Saleen Cup Series, presented by SRO Motorsports Group, and earned a win during the season finale at Las Vegas Motor Speedway. In 2020, Cameron joined Peterson Racing behind the wheel of the #8 3-Dimensional Services Group Ford Mustang in the Trans Am Series presented by Pirelli. In 2021, Cameron made his NASCAR debut in the Camping World Truck Series with Reaume Brothers Racing. Cameron qualified Reaume Brothers Racing’s #33 in 7th position to mark the teams first-ever Top-10 qualifying result. For Cameron’s latest race results, visit cameronlawrenceracing.com/results/.

In addition to driving professionally, Cameron provides in-person driver coaching for various skillsets. He works with W2W Racing as their Director of Driver Development.

In 2015, Cameron graduated from the University of Central Florida with a B.A. in Business Management and a minor in Marketing. He currently resides in Austin, Texas with his wife, Morgan.