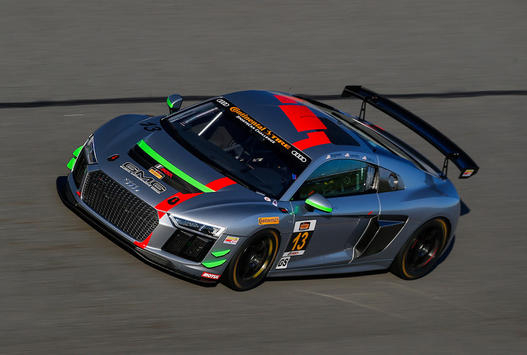 Daren Jorgensen, principal and driver for RHC, adds former IMSA champion, Cameron Lawrence, and British GT champion, Rick Parfitt, Jr. as co-drivers for the four-hour endurance race on the high banks of Daytona International Speedway. Lawrence won the 2015 Tequila Patron Endurance Championship in GTD class after recording two wins, three podiums and one top-five finish in the four PNAEC races, including the Rolex 24 Hours of Daytona. Reigning British GT Champion, Rick Parfitt Jr., will make his North American debut after delivering Bentley their first UK title in the Bentley Continental GT3 and clinching both British GT4 and GT3 titles. Jorgensen is the 2017 GTS3 and GTS5 NASA Champion, with over 30 club race starts in 2017, taking 20 wins in various classes. In the 2017 season, Jorgensen finished 4th in a Cayman GT4 in the inaugural SRO California GT eight-hour endurance race and competed in Pirelli World Challenge’s TC class with an M235iR.

“This year is a monumental year for RHC as we compete in many new, milestone events, starting with the BMW Endurance Challenge at Daytona. With special thanks to James Sofronas, GMG and Audi Sport Customer Racing have prepared a reliable and competitive Audi R8 LMS GT4 car, and we’re pleased with the progress made at the Roar Before the 24. We anticipate a strong result at Daytona and look forward to a fun and competitive year ahead in our Audi R8.”

“Racing at Daytona International Speedway has always been a goal of mine. The rich history and heritage at Daytona and the Rolex 24 Hours is recognized throughout the world. With the support of Sunoco 240 Challenge, I will have the opportunity to compete at Daytona for the first time with a respected team and successful co-drivers.”

“Daytona is an incredible way to kick off an exciting year for RHC. Coming off the Dubai 24 Hours, I look forward to returning to my home-track for my fourth BMW Endurance Challenge, this time with a brand new Audi R8 LMS. After testing the Audi R8 LMS at the Roar Before the 24, I was impressed with Audi’s new platform and I’m looking forward to a year of success with RHC.”