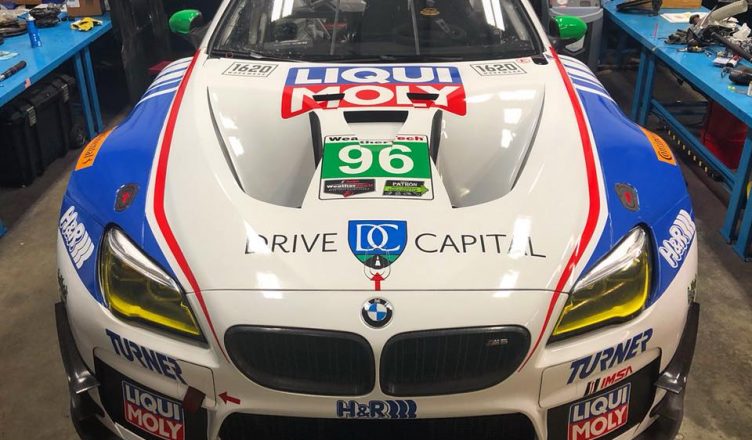 Cameron Lawrence has been confirmed as the fifth and final driver in Turner Motorsport’s lineup for this weekend’s Rolex 24 at Daytona.

“I’m looking forward to getting back in the BMW for the Rolex 24,” Lawrence said. “This will be my second race with Turner Motorsport, my first appearance was at Petit Le Mans in 2016 where we finished on the podium in the No. 97 BMW M6 GT3.”

“The car is strong so with our driver lineup, we should be fighting for a strong finish at the end.”

The Will Turner-led squad, which plans to contest the entire season, recently announced a partnership with Germany oil company Liqui Moly.

“We have been super busy since the final race of 2017 to put together this program for 2018 with some new and exciting partnerships as well as new drivers,” Turner said.

“This will be our ninth Rolex 24 at Daytona and it still remains that race we dream about winning.

“Looking forward to this race and working with this driver lineup and the M6 to give it our best and see if we can clinch that top spot on the podium. I want to thank Daren Jorgensen and RHC for allowing me to take part in this incredible race, as well.”

Turner’s BMW is one of only five entries that have opted for five-driver lineups, joining the BAR1 Motorsports Riley Mk. 30 Gibson, No. 19 Grasser Racing Team Lamborghini Huracan GT3, No. 59 Manthey Racing Porsche 911 GT3 R and No. 82 Risi Competizione Ferrari 488 GT3.